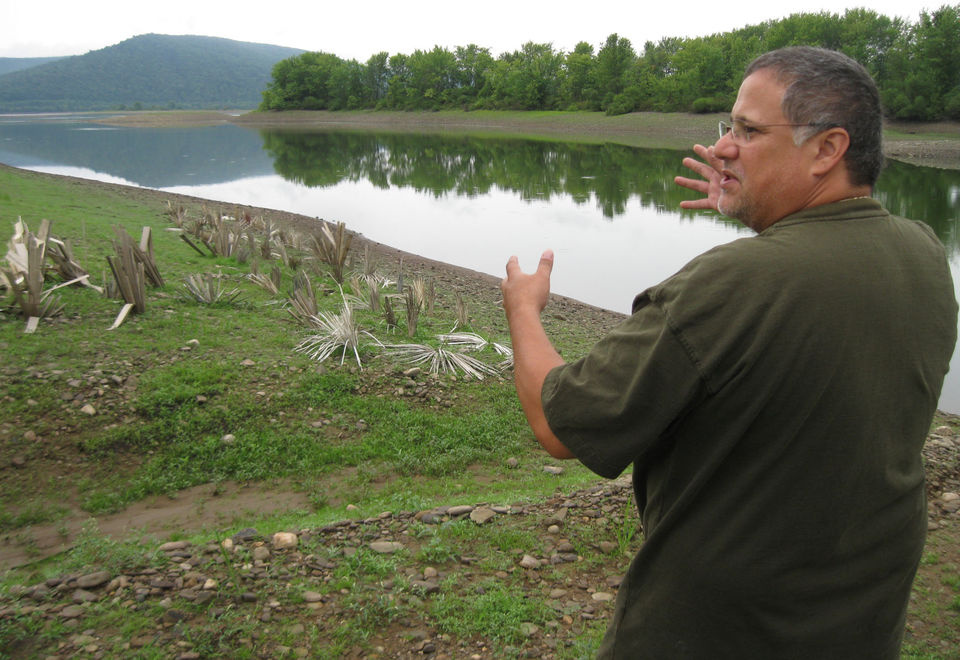 Shane Titus, Seneca Nation of Indians fisheries manager, explains the significance of the fish habitat structures being placed on the bottom of portions of the Allegheny Reservoir under a U.S. Fish and Wildlife Service grant. The structures are made of scrap vinyl siding components, which promote algae growth and provide shelter for fish.

ALLEGANY TERRITORY — For more than four decades, Shane Titus has been helping create fish habitats in the Allegheny Reservoir — one Christmas tree at a time.

This year, Titus, the Seneca Nation of Indians fisheries manager for the Allegany Territory, has been part of a significant effort to improve habitats, connect landlocked sections of water to the reservoir and use passive erosion-control structures at creek mouths.